keyboard
Who we are
>
Musicians
>
Charles Sherman 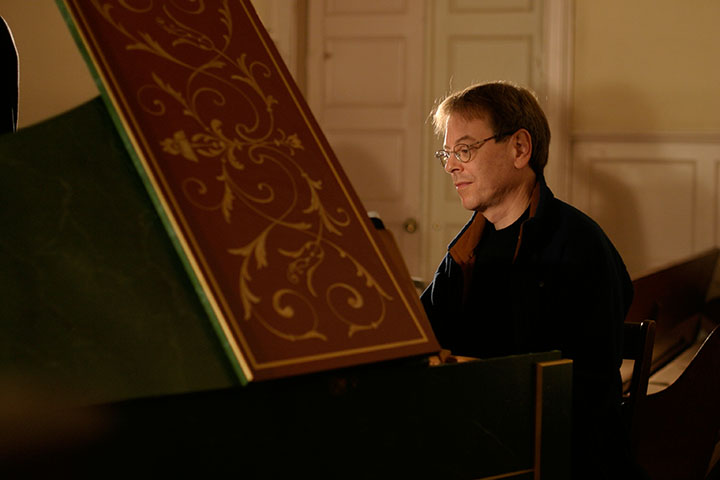 Charles Sherman has played organ continuo regularly with Emmanuel Music for the Sunday morning Cantata Series since 1993. He is recognized as one of the leading harpsichord soloists and continuo players in the country and has been called a "fluent virtuoso" by the Los Angeles Times. Since 1997, he has been a member of Philharmonia Baroque Orchestra and Musica Pacifica. Previously, as a member of the Aulos Ensemble (NY) for many years, he toured regularly throughout North America and overseas, and recorded extensively. He has also performed with such acclaimed ensembles as the Philadelphia Orchestra, American Baroque (SF), Musica Angelica (LA), Handel & Haydn Society and Emmanuel Music (Boston), St. Luke's Chamber Ensemble, and Concert Royal (NY), and at well-known music festivals, including Marlboro, Saratoga, the New England Bach Festival, the Boston and Berkeley Early Music Festivals, and Aston Magna. Mr. Sherman holds degrees in History and Musicology from The University of Chicago and in Harpsichord Performance from the Juilliard School, where he studied with Albert Fuller. He is one of today's leading exponents of the art of basso continuo realization and frequently teaches master classes on Baroque accompaniment. His recordings appear on the Dorian, Musical Heritage Society, Koch International, and BMG labels.