viola
Who we are
>
Musicians
>
Daniel Doña 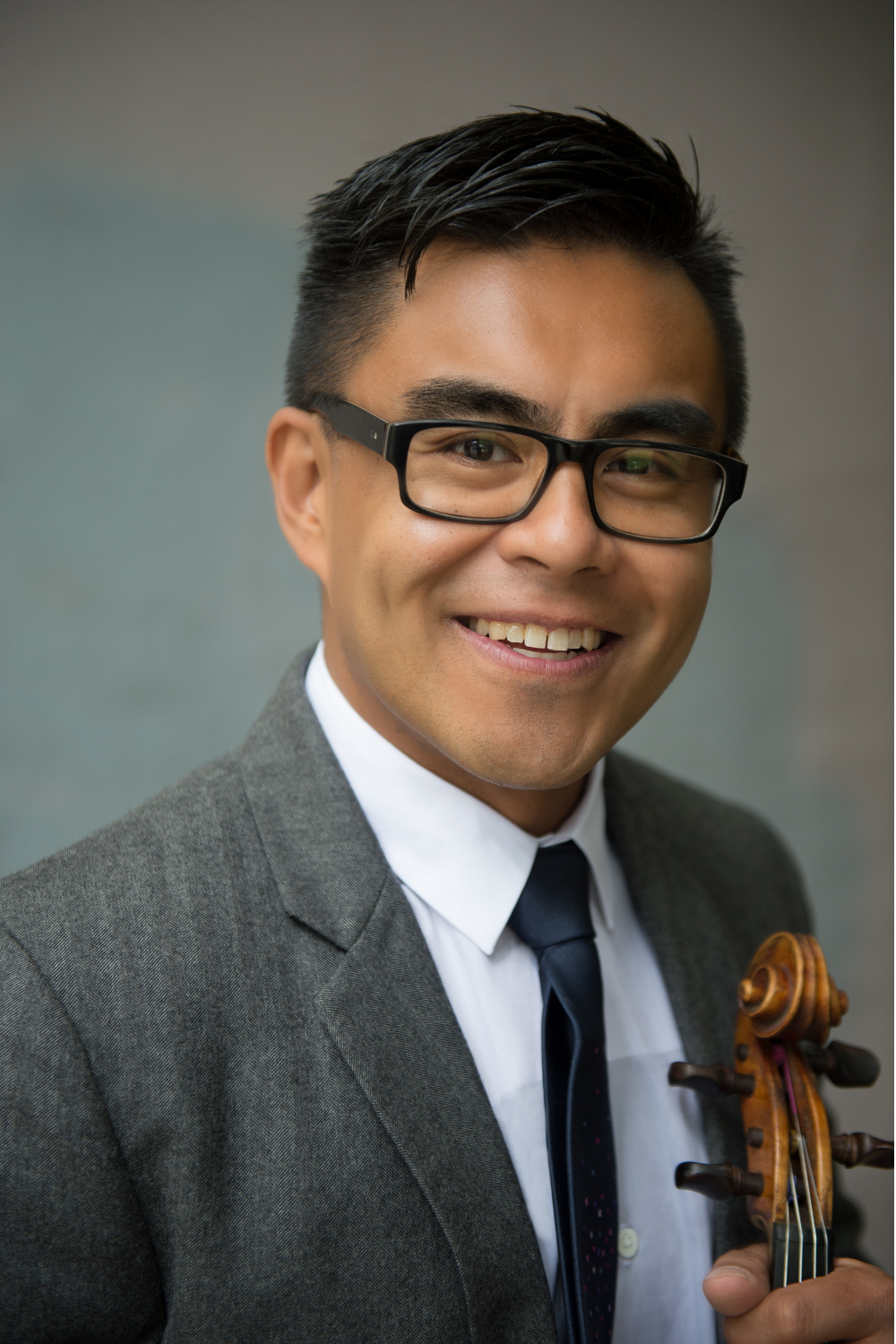 Daniel Doña has distinguished himself as an active performer and pedagogue. He serves on the viola faculty of the Boston University School of Music alongside his duties as Chair of Student Life and Honors, Assistant Chair of the String Department, Coordinator of String Chamber Music, and Lecturer of String Pedagogy and String Literature. Daniel is also Assistant Director of the Boston University Tanglewood Institute String Quartet Workshop and has taught at the Apple Hill Center for Chamber Music and Point CounterPoint. In addition to his teaching at BU, Dr. Doña serves on the faculty of the Boston Youth Symphony Orchestra Intensive Community Program. Dr. Doña is an avid chamber musician and is a member of TriChrome and the critically acclaimed Arneis Quartet.Performance highlights include appearances at the Beijing Modern Music Festival, Music on Main (Vancouver) and Stanford University’s Lively Arts series as well as broadcasts on CBC Radio 2, WGBH and WCLV. Daniel performs regularly with Emmanuel Music and other ensembles in the Boston area. He has presented guest masterclasses at the University of Connecticut, Swarthmore College, Northwestern University Music Academy and Miami University. His arrangement of Queen’s Bohemian Rhapsody for viola ensemble has been performed internationally.Partially as a result of his time at the University of Chicago, Daniel pursues interdisciplinary projects with a passion. In 2014 he received a Humanities Enhancement Project Award from the Boston University Center for the Humanities to curate concerts exploring relationships between poetry and music accompanied by lectures on poetry from members of the BU and Harvard English Departments. As a member of the Banff Festival Quartet he performed in collaboration with dancers, presenting Hans van Manenʼs Grosse Fuge and a world premiere of Heather Myersʼs Dedications. As part of his META fellowship with the Mass Cultural Council Dr. Doña is currently exploring connections between mindfulness practice and music pedagogy and performance.Dr. Doña received his AB in Philosophy from the University of Chicago, where he was awarded the inaugural David Fulton Award for excellence in instrumental performance. He received his MM in Viola Performance from the University of Oklahoma where he studied with Matthew Dane (viola) and Felicia Moye (violin). At Boston University he studied with Michelle LaCourse, Steven Ansell and Ed Gazouleas. He received his PD and DMA from BU and was a two-time recipient of the String Department Award.In his spare time Daniel enjoys traveling with his husband Scott and finding exotic places to run races and pursue culinary adventures. He ran the Berlin Marathon on his honeymoon and has also completed the NYC and Chicago Marathons. Bookstores are his Achilles heel.