violin
Who we are
>
Musicians
>
Dianne Pettipaw 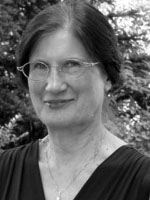 Violinist Dianne Pettipaw is an active freelance musician performing with orchestral and chamber music groups in the Boston area. She holds the position of principal second violin with the Boston Ballet Orchestra, which has included solo performances in 1991, 2004, 2006, and 2011. She has also performed in BBC productions of ballet choreographed for dance and solo violin. She performs regularly with Emmanuel Music, including the weekly Bach cantatas, the Emmanuel Concert Series, and performed with the Orchestra of Emmanuel Music on its 2005 European tour. She performs regularly with the Cantata Singers Orchestra, the Handel and Haydn Society, Pro Arte Chamber Orchestra, and the Boston Pops Esplanade Orchestra, which has included cross-country tours and as well as five tours in Japan. Ms Pettipaw regularly plays chamber music and in violin-and-piano recitals in Boston and Brookline, MA. She has taught violin in her studio since 1970. Ms Pettipaw studied at Boston University with Roman Totenberg and Raphael Bronstein.