flute
Who we are
>
Musicians
>
Jacqueline DeVoe 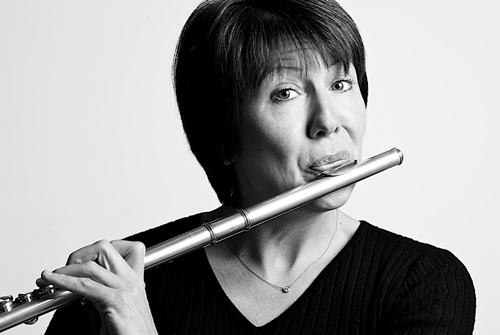 Flutist Jacqueline DeVoe is an active freelancer in the New England and performs regularly with Emmanuel Music, Cantata Singers, the Rhode Island Philharmonic, Boston Ballet, Boston Classical Orchestra, Alea III, and other ensembles. Ms. DeVoe was principal flutist of the Mexico City Philharmonic, performed with the Vienna Chamber Orchestra, and has presented solo and chamber music concerts in Europe, Mexico, and the US. In addition to two degrees from New England Conservatory, she twice received the Frank Huntington Beebe Fund grant and an Austrian government stipend, completed a diploma at the Hochschule für Musik in Vienna, Austria, and was a Tanglewood Fellow. Her primary teachers were Claude Monteux, John Heiss, and Wolfgang Schulz. Since 1991 Ms. DeVoe has performed with the North Winds Quintet, which presents educational concerts in schools throughout Massachusetts under the auspices of Young Audiences. She has created and directed lecture/chamber music concerts for the Newport Symposium and was an “Artist Teacher” in a collaboration of Young Audiences and NPR’s “From the Top,” which brings gifted young artists into Massachusetts public schools. A faculty member for 22 years at the NEC Preparatory School, she has also taught at Walnut Hill, MIT, Milton Academy, New School of Music in Cambridge, and maintains a private studio. Ms. DeVoe also serves as president of the James Pappoutsakis Memorial Fund, which hosts a flute competition for Boston-area flutists.