cello
Who we are
>
Musicians
>
Joshua Gordon 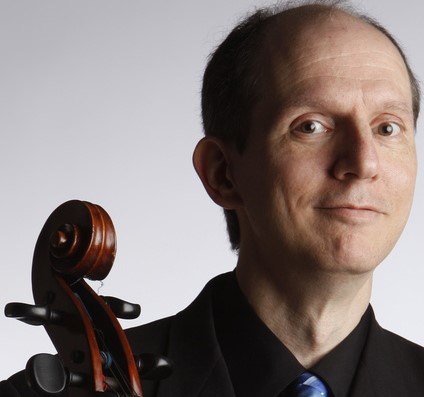 Along with his work as cellist with the Lydian String Quartet since 2002, Joshua Gordon has been a recent guest of the Apple Hill Center For Chamber Music, Boston Baroque, Boston Chamber Music Society, Boston Jewish Music Festival with pianist Donald Berman, Chameleon Arts Ensemble, Emmanuel Music, North Country Chamber Players, Portland Chamber Music Festival, Rockport Chamber Music Festival, Smith College Players, Williams College Players, and the Apple Hill, Da Ponte, and Ying quartets. His duo with with Randall Hodgkinson has been described as “insightful and impassioned” by The New Yorker, and their New World recording, Leo Ornstein: Complete Works For Cello and Piano, was named one of the top 10 classical recordings of 2007 by the All Music Guide. With the Lydians he can be heard on critically acclaimed recordings of quartets by Martin Boykan, Mohammed Fairouz, John Harbison, Vincent Persichetti, and their newest recording on Centaur of Beethoven’s late quartets released in 2012. He has been resident cellist for the Composers Conference at Wellesley College since 1989, and was appointed an Artist Member of the Worcester Chamber Music Society in April of 2012. He is on the music faculty of Brandeis University and has his own website at joshuagordoncello.com.