alto
Who we are
>
Musicians
>
Lynn Torgove 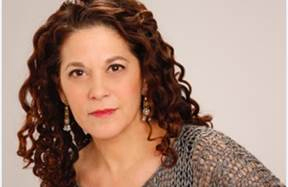 Lynn Torgove, a long time member of both Emmanuel Music and the Cantata Singers, is well known to Boston audiences as a singer and director. Besides singing in the Sunday Bach Cantata Series, most recently, Ms. Torgove sang the role of Anna I in Kurt Weill’s The Seven Deadly Sins in Emmanuel Music’s collaboration with Urbanity Dance. She has also been the stage director and played the role of Desiree Armfeldt in Emmanuel Music’s production of Stephen Sondheim's A Little Night Music in 2014 and was the stage director and sang the role of the Tango Singer in John Harbison's The Great Gatsby, both at Jordan Hall and Ozawa Hall. Ms. Torgove has sung many of Mr. Harbison’s works, as the mezzo-soprano soloist in Supper at Emmaus, a collaboration between Emmanuel Music and the Cantata Singers, as well as in Four Psalms on the Cantata Singers recording for New World Records. Ms. Torgove has also performed with the Boston Modern Orchestra Project, with whom she sang a major role on the newly released recording of Virgil Thomson’s Four Saints in Three Acts. She has sung with the Boston Camerata, St. Louis Symphony, Portland Symphony, and Tallahassee Symphony Orchestra. She was also pleased to sing in Aston Magna’s fortieth-anniversary concert. As a song recitalist, she performed a full concert of Mr. Harbison's songs for mezzo, piano and ensemble, The Songs of John Harbison, both at the Longy School of Music and at Williams College. She also recently appeared with Lydian Quartet, singing La bonne chanson and with the Cantata Singers, she has sung as a soloist in Bach’s Mass in B Minor and Cantata BWV 60, as well as performing Boston premiers of the songs of Lazar Weiner. She has been the alto soloist in a number of Cantata Singers’concerts including works by Bach, Beethoven, Mozart and Zelenka. As a stage director, Ms. Torgove has directed the critically acclaimed production double bill of The Zoo and The Bear for Odyssey Opera’s festival “The British Are Coming”. She has also directed Amahl and the Night Visitors and Dido and Aeneas for MIT, Stravinsky’s The Rake’s Progress, Britten’s The Little Sweep, Hans Krása’s opera Brundibár, A Kurt Weill Cabaret, and Britten’s Noye’s Fludde for the Cantata Singers, as well as John Harbison’s Full Moon in March and Lucas Foss’ Griffelkin with the Boston Modern Orchestra Project and at MIT. She has been on the faculty of the Opera Institute at Boston University, New England Conservatory, Boston Conservatory, and the Walnut Hill School for the Arts. She currently teaches at the Longy School of Music and Hebrew College, where she is the Head of Vocal Arts. Ms. Torgove received her Masters in Jewish Studies and received her Cantorial Ordination from Hebrew College in Newton, Massachusetts.