cello
Who we are
>
Musicians
>
Michael Curry 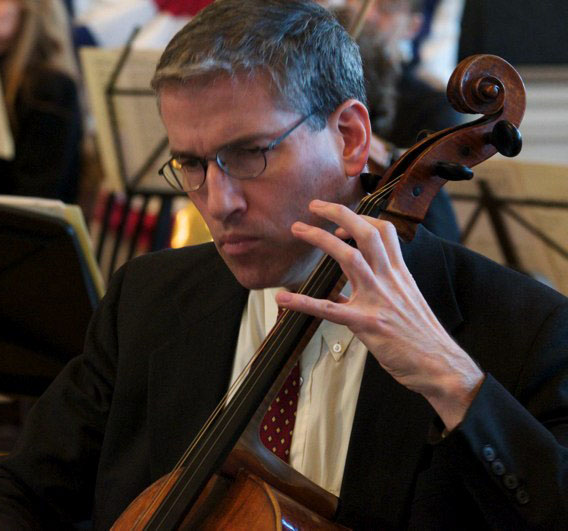 Michael Curry, cellist, is originally from New Jersey, and graduated from Harvard and New England Conservatory. His major teachers were David Finckel and Laurence Lesser. He was awarded two fellowships to study at Tanglewood, where he was principal under Ozawa and Rozhdestvensky, and won the Albert Spalding Prize for outstanding string playing. He has performed with the Boston Pops, Boston Lyric Opera, Boston Ballet, Cantata Singers, and Boston Classical Orchestra (principal), and many other organizations. He is frequently heard as solo cellist in Broadway productions at the Opera House and other theaters. As a long-time member of Dinosaur Annex, he premiered dozens of new chamber works by Shapey, Hartke, Weir, Babbitt, and John Harbison, among others. Michael has performed and lectured as a guest at the Salzburg Mozarteum, the Ijsbrekker in Amsterdam, Brown University, and the Central Conservatory, Beijing. He has made chamber music appearances at Weill Hall, the United Nations, and Dumbarton Oaks in Washington, DC, and has recorded for New World, Naxos, Bridge, Albany, and several other labels. At Emmanuel over the course of over 25 years, Michael has been honored to be among those playing in the Sunday Bach Cantata Series, and in many memorable evening concerts. He played continuo with Mark Morris Dance Group in Boston and New York, in the staged production and recording of Bach cantatas with Lorraine Hunt Lieberson in Boston, New York, and Europe, and also participated in Emmanuel’s Brahms, Schubert, Schoenberg, and Beethoven chamber music series.