double bass
Who we are
>
Musicians
>
Randall Zigler 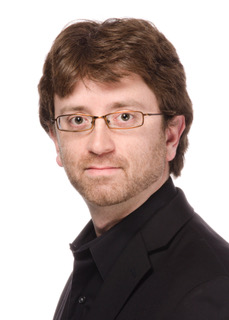 Randall Zigler began his bass studies as a high school student in St. Louis, MO and attended Oberlin College shortly thereafter, where he received undergraduate degrees in Bass Performance and Mathematics. He has since received a Master of Music degree from Boston University, and lives in Boston as a performer and educator. His teachers have included Carolyn White, Scott Haigh, Tom Sperl, and Edwin Barker. Mr. Zigler is a member of the Boston Ballet Orchestra, and performs frequently with Emmanuel Music, Rhode Island Philharmonic, Boston Pops Esplanade Orchestra, and as a substitute with the Boston Symphony Orchestra. He is also a founding member of the International Contemporary Ensemble, an adventurous, artist-driven new music collective that has performed and recorded to international acclaim. (www.iceorg.org) As an educator, Mr. Zigler is on the faculty of the Boston Youth Symphony's Intensive Community Program, a rigorous string instrument training program that brings quality classical music instruction to underrepresented communities.