alto
Who we are
>
Musicians
>
Reginald Mobley 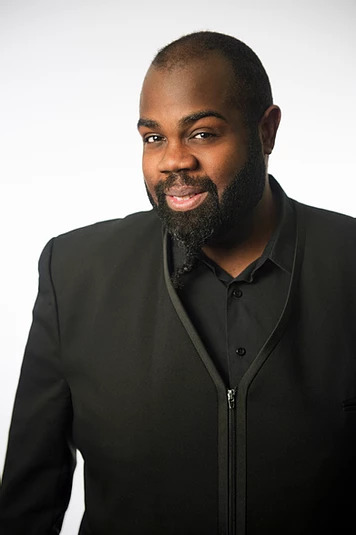 Noted for his ‘purity of timbre’ and ‘homogeneity of tone’, countertenor Reginald Mobley is highly sought after for baroque, classical and modern repertoire. Recent highlights include an extensive tour of sixteen concerts around Europe singing Bach’s Matthäus Passion with the Monteverdi Choir and English Baroque Soloists led by Sir John Eliot Gardiner. He also performed concerts of Händel’s Messiah with the Royal Scottish National Orchestra, Purcell’s King Arthur with the Academy of Ancient Music in London and Mozart Requiem with Orkiestra Historyczna in Poland.Reggie also made his Paris recital debut at the Musée d'Orsay in May 2019 which wasenthusiastically received, and recently completed a tour of Germany and Belgium withBalthasar Neumann Chor & Ensemble, performing Bach Cantatas and Händel: Dixit Dominus, and a further tour of Germany with Freiburger Barockorchester under Kristian Bezuidenhout. He also recently performed Händel’s Messiah with the Händel and Haydn Society (H+H) under Masaaki Suzuki, and made his debut in Hong Kong with Methodist International Church.In a world untouched by Covid-19, 2020 would have included a performance of Händel’s Messiah with the City of Birmingham Symphony Orchestra, projects with Philharmonia Baroque and Pacific MusicWorks, and a recital at Columbia university with acclaimed pianist Simone Dinnerstein. In the 2021 season, he will sing Ottone L'incoronazione di Poppea with the Budapest Festival Orchestra, and embark on a European tour of Bach’s St John Passion with the Monteverdi Choir.Outside of singing, Reggie enjoys an active relationship as a director with H+H, leading the ensemble in its efforts to reintegrate the ensemble within the concerns of its home community of Boston. A position which made him the first Black person to conduct the ensemble in its 200+ year existence. His role will be expanded in the ‘21-’22 season in the newly created position of Programming Consultant. This is a role that directly connects to his work as a political and social activist in Boston, as well as his seemingly budding career as a DEI consultant within the arts community. www.reginaldmobley.com