trumpet
Who we are
>
Musicians
>
Terry Everson 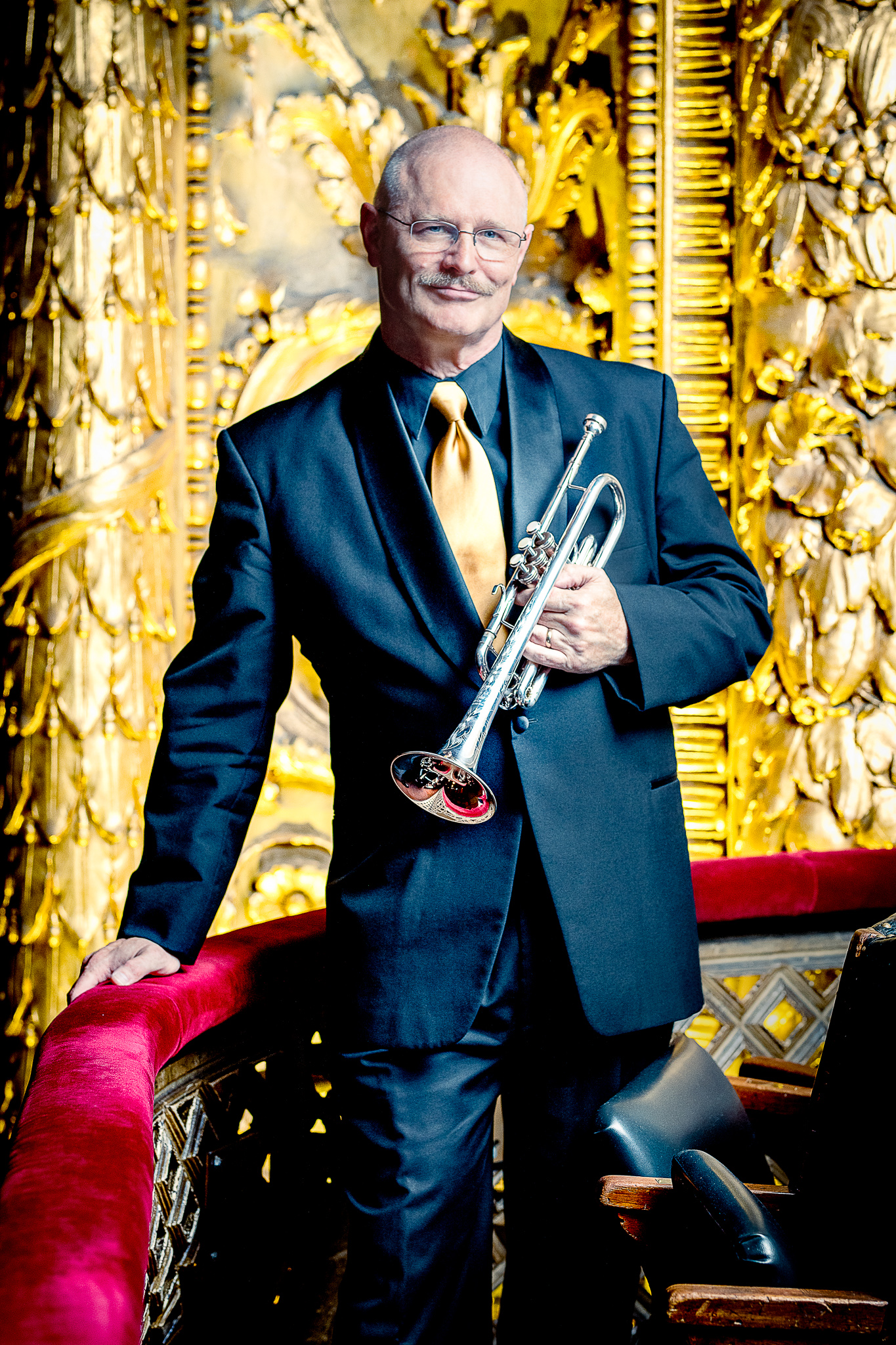 “A trumpet player’s trumpet player,” in the words of one of his frequent collaborators, Terry Everson has performed at 14 International Trumpet Guild Conferences, and his name has appeared in ITG publications over 500 times since his first appearance at its annual conference in 1980. His performances are universally acclaimed, not only for his brilliant technique, crystalline tone and incredible dynamic range, but for the heartfelt musical commitment he displays; many listeners attest that they forget about the trumpet as they connect directly to the musician himself.His first international acclaim occurred in 1988, when the International Trumpet Guild sponsored two major competitions on consecutive days: one specializing in Baroque/Classical, the other in Twentieth Century literature. Everson shocked the Guild by entering and winning both by unanimous juries, performing seven major concerti and sonatas from memory within 30 hours. Everson followed this up just over a year later as First Prize laureate of the 1990 Louise D. McMahon International Music Competition, again performing from memory a full recital and a concerto with orchestra.Hailed by the Boston Globe for his “dazzling, clarion brightness with elegant edges” and in the Boston Musical Intelligencer for “virtuosity and musicality that was simply stunning”, Terry Everson has performed and given masterclasses throughout the United States, as well as in Central America, Europe and Asia. He has premiered major solo works by composers Martin Amlin, Richard Cornell, John Davison, Stanley Friedman, Jan Krzywicki, Elena Roussanova Lucas, and Gary Ziek. He has released three complete recordings of numerous notable modern works for trumpet and piano, as well as single entries on discs devoted to the works of Davison, Krzywicki and Lisa Bielawa; he has also recorded as soloist with the New England Brass Band, the Lexington Brass Band and the Eastern Wind Symphony, and is featured in over 50 CD releases as Principal Trumpet of the Boston Modern Orchestra Project. Boston University recently produced a CD of live performances with the BU Wind Ensemble, and soon Mr. Everson will release the first installment of an “Art of the Sonata” series with pianist Shiela Kibbe.Mr. Everson has served on the faculty of the Boston University College of Fine Arts and Tanglewood Institute since 1999; a master pedagogue, his work at BU was recognized with the University’s 2014 Metcalf Award for Excellence in Teaching. His masterclasses have met with acclaim in schools such as Northwestern University, Rice University, Yale University, the University of North Texas, the University of Michigan, Florida State University, the New England Conservatory, the Royal College of Music (London), and the music conservatories of Xi’an and Shenyang, China.Terry Everson’s annual Fourth of July performances as Principal Trumpet of the Boston Pops Esplanade Orchestra are viewed by millions worldwide via broadcast and online, and he has been a featured soloist with the orchestra on multiple tours. Equally at home in any musical style in front of any ensemble, he has also performed as a soloist with the Costa Rica National Symphony Brass & Percussion, the U.S. Army Band (“Pershing’s Own”), the Boston Modern Orchestra Project, the Peninsula Music Festival, the Rodney Marsalis Philadelphia Big Brass, the Lexington Philharmonic, the Lawton Philharmonic, the Tanglewood Young Artists Wind Ensemble, the Triangle Brass Band and Youth Brass Band, the Brass Band of Columbus, the New England Brass Band, the Lexington Brass Band, and numerous college and high school wind ensembles.An active church musician for over three decades, much of Terry Everson’s compositional output derives its basis from hymnody and related materials, such as his trumpet ensembles Ponder Anew and There’s a Great Day Coming, the Christmas carol setting Once in Royal David’s City for bass trombonist Douglas Yeo and the New England Brass Band, and his Hyfrydol Aspects for trumpet and piano written for his son Peter. Mr. Everson has also written competition pieces for the Boston University Trumpet Ensemble, whose performances of Idea Number Twenty-Four and There and Back Again have won prizes in the National Trumpet Competition in Washington, DC; Idea Number Twenty-Four has since become a staple of contest repertoire featured at the (USA) National Trumpet Competition. The BU Trumpet Ensemble's performance of his arrangement of the Finale of Felix Mendelssohn's Fourth Symphony at the 2007 ITG Conference received an enthusiastic standing ovation. Mr. Everson has filled commissions from Wizards! double reed ensemble, the Texas Tech Trombone Choir, the Lutheran Music Program (brass quintet) the Philadelphia College of Bible (trumpet ensemble), and the Elmhurst Symphony Orchestra. His setting of W.L. Thompson's There's a Great Day Coming has been recorded by Philip Smith (retired Principal Trumpet, New York Philharmonic) on the Cala label's New York Legends series, and was recently a viral sensation in a video rendition by the Snarky Puppy trumpets and friends.Terry Everson is an Artist/Clinician for S.E. Shires Trumpets of Holliston, MA, USA, and performs on mouthpieces designed by Pickett Brass.