This Love Between Us

This Love Between Us

This Love Between Us is a piece about unity. Its seven movements juxtapose the words of seven major religious traditions of India (Buddhism, Sikhism, Christianity, Zoroastrianism, Hinduism, Jainism and Islam), and specifically how each of these traditions approaches the topic of unity, of brotherhood, of being kind to one another. The texts come either straight from canonical religious writings or from poets who write through the lens of their religion. Each text is itself a union: it is set simultaneously in English and in its original language (with the exception of the Christian text, where the Malayalam is a translation), so you can hear the beauty of the original and grasp its meaning through translation. Each movement also contains a unique combination of Indian and Western classical styles, running the continuum from the Christian movement, which is rooted firmly in a baroque style, to the Zoroastrian movement, which is a Hindustani vilambit bandish. Each of the other movements live somewhere in between these two musical cultures in their techniques, styles and forms. But even more than uniting musical practices, this piece unites people from two different musical traditions: a sitar and tabla join the choir and baroque orchestra. Each of the musicians is asked to keep one hand firmly rooted in their own tradition and training, while reaching the other hand outward to greet another musical culture.

Inspired by Reena Esmail's cantata, This Love Between Us, Artistic Director Ryan Turner and Bach Institute Director Pamela Dellal turned to the vast collection of Bach’s sacred cantatas for music on the common theme of charity, universal love, and compassion. Given that no single cantata captured the breadth of Bach’s meditations on the subject, O große Lieb combines movements from disparate pieces, integrated into a 'composite cantata.'

We offer you this evening a new way to hear Bach: while these specific movements were not intended to be juxtaposed, the composer's spirit still radiates through them. In a manner of speaking, we have asked for wisdom on charity and love, and Bach responds with these selections from his cantatas. Out of these a new cantata is woven that expresses this message.

Listing of movements and sources 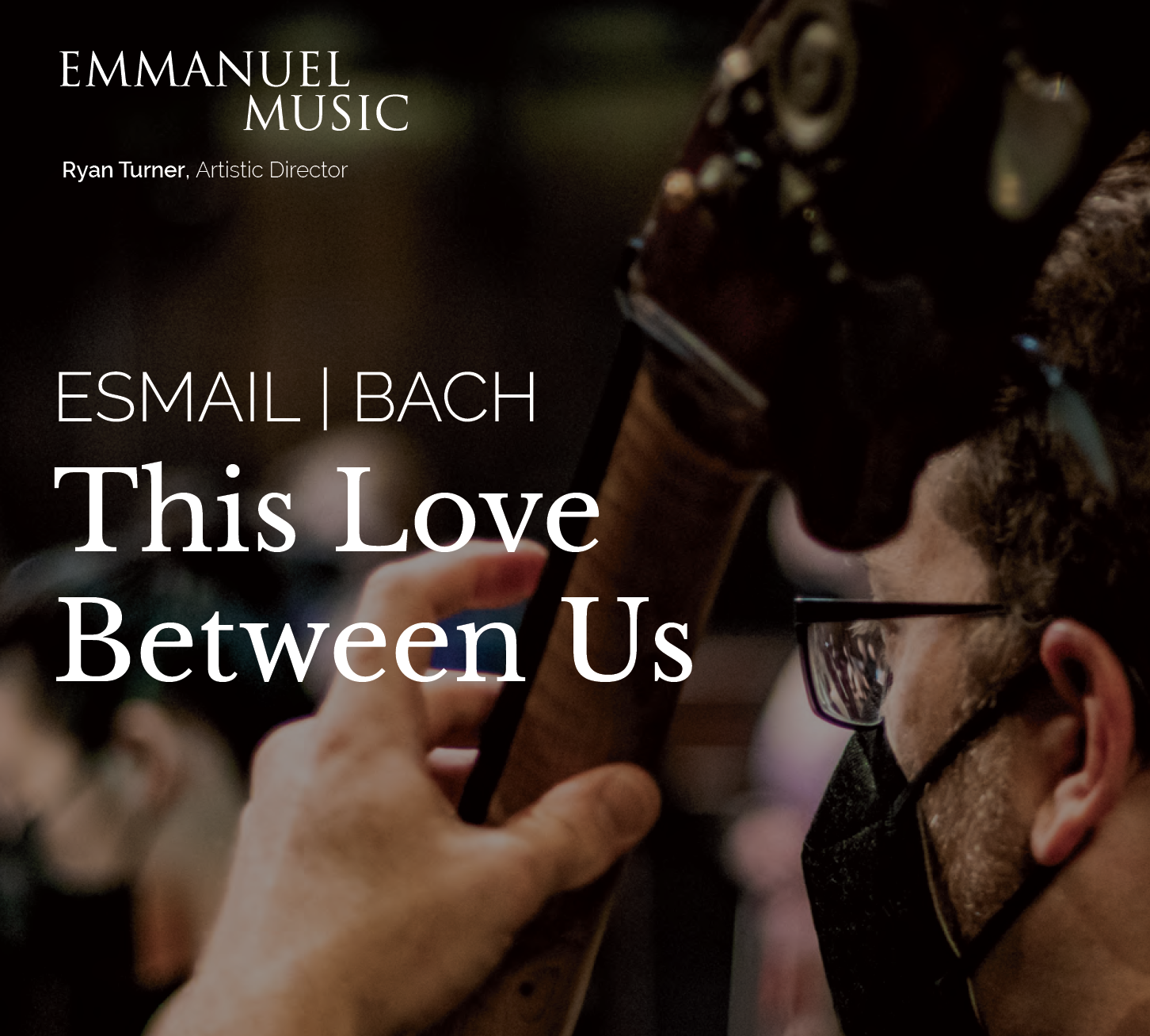 This Love Between Us
PDF

On behalf of the Board of Directors, staff, and musicians of Emmanuel Music, it is a great honorto welcome you to the first major concert of our 2022-2023 season, This Love Between Us. Weare thrilled that you have joined us in-person or online to hear this importantly unifying piece ofthe same name by Reena Esmail, and the new “composite” J.S. Bach cantata, assembled andarranged by Ryan Turner and Pamela Dellal.

We have a special guest joining us to give a talk on our first concert of the season. Dr. Lindsay Pope is Interim Director of Choral Activities at University of Massachusetts, Amherst, where she directs the Chamber Choir and teaches undergraduate and graduate conducting. Her dissertation, “Beyond the Binary: the Intersection of Gender and Cross Cultural Identity in Reena Esmail’s Life and Choral Works” received the 2019 Herford Prize for outstanding doctoral terminal research in choral music. 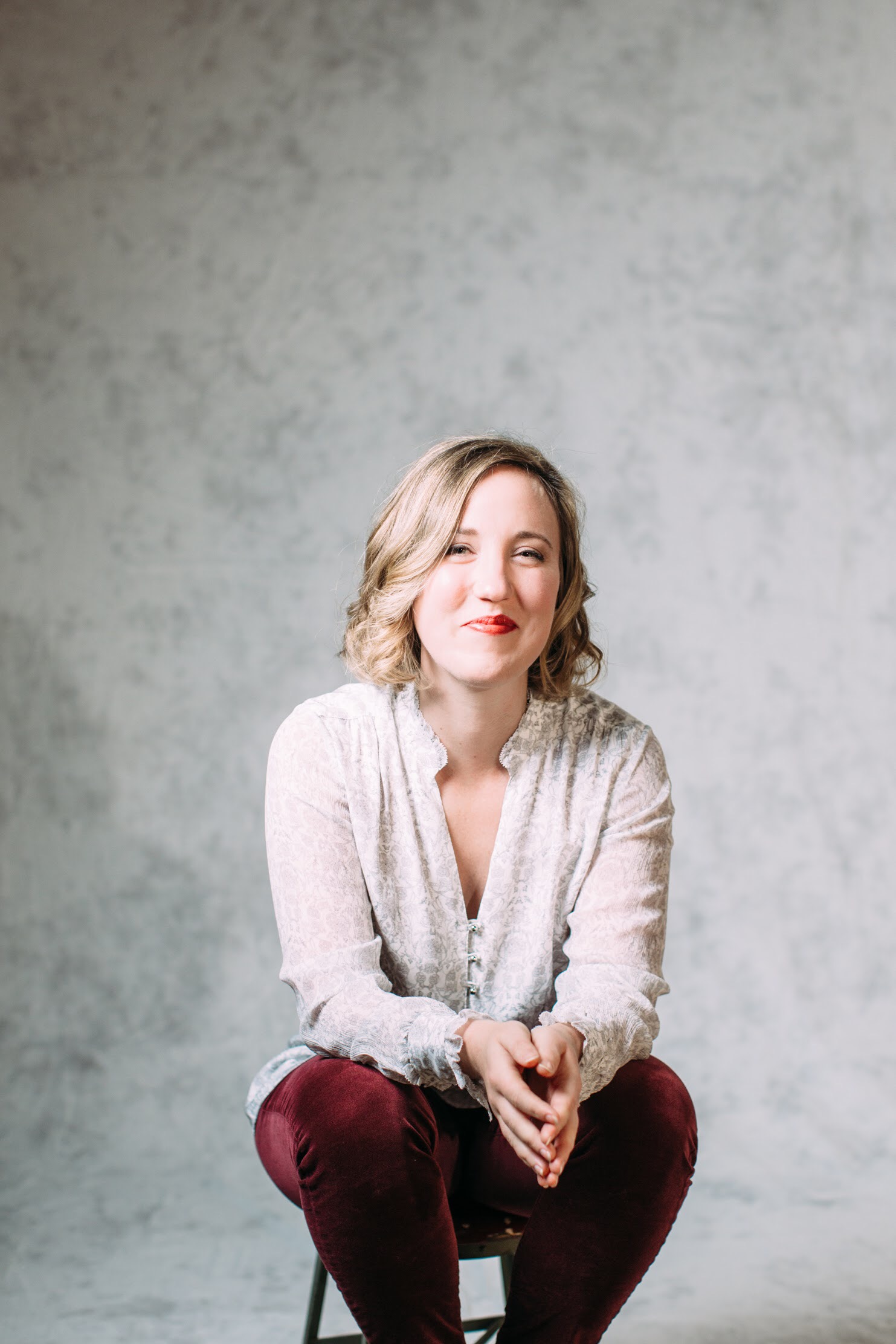 Performances
>
This Love Between Us